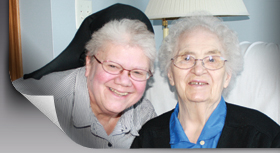 "Gracias" to Some Unmatchable Donors 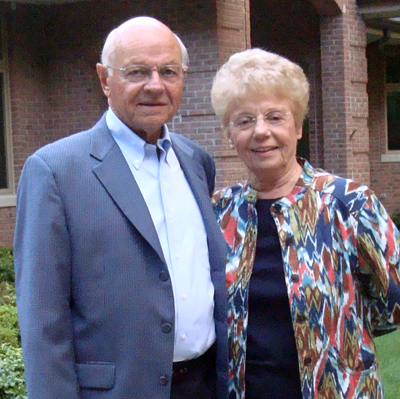 Aren't God's ways a wonder to behold! Recently I had the joy of visiting my cousin, Glenn Langer and his wife Bernadyne at their home in Elm Grove, Wisconsin. We shared a delightful meal and visit, I slept in their lovely home and went with them to St. Mary's for Mass. After a great breakfast, Glenn drove me to Mount Loretto. Once more I became aware of how God, so manifest in our daily lives, makes a fascinating story.

I had always thought that I would have had to be totally obtuse to miss the palpable signs of the Providence of God during the 20 some years of accompaniment of the Guaraní people of Southern Bolivia. One part of that story is that the call of the Presentation sisters to the Guaraní people came in the same decade (the 1980s) as the Guaraní's own initial stages of auto-liberation from their slavery to the land holders. During these years, the Guaraní people were in dire need of some strong financial support to realize this dream of beginning their own fields, building their own schools (until the government got around to fulfilling its responsibility), building homes more fit for human habitation, purchasing tools, wire for fences, sending their children to middle schools and high school and obtaining land for their own agriculture and to raise animals.

This very necessary financial support came from donations from parishes, friends and Catholic financial institutions, but the biggest and best private donor for the Guaraní cause was Glenn Langer and his wife Bernadyne. Glenn's father, Irwin Langer, was married to Jeannette Bohrer, a sister of my mother. That history goes way back!

Kathryn (Bohrer) McCarthy, my mother, was a young seamstress from Wexford, Iowa, living in Lansing, Iowa, in the late 1920s. Kathryn went to Milwaukee and found work altering clothes in an upscale ladies' dress shop and Jeannette went to Milwaukee, Wisconsin, right after graduation from Immaculate Conception High School in Lansing in 1926. She lived with her brother, Bill Bohrer, and his wife, Nellie Whalen, who were operating a restaurant together in Milwaukee. Jeannette went to business school in Milwaukee and soon began working as a secretary in the same city.

Kathryn Bohrer was dating my father, Morris McCarthy, who was farming near Waukon, Iowa, at the time, and the two were writing letters in hopes of marrying as soon as the economy would take an upswing from the Great Depression. A young man who had recently arrived from Lake Mills, Wisconsin, Irwin Langer, known to his friends as Irv, found work with an insurance company, and subsequently a roofing company. He was living in the same boarding house as my mother, Kathryn. The young people living at the boarding house, as well as the young people from the Milwaukee Bohrer family went on picnics and other events together. It was at one of these outings that Kathryn introduced her sister Jeannette to Irv. Jeannette and Irv began dating and were married in 1931. Their first born, Glenn Langer, studied business as a young man at the University of Wisconsin, did his military service and then, with his father, Irv, set in motion the founding of a new company which became known as Langer Roofing.

Glenn and Bernadyne were engaged to be married in 1955, the very year that I was about to enter the Sisters of the Presentation. I was so impressed by the obvious love of this newly engaged couple from Milwaukee, who gathered with all of the Bohrer relatives at Rockwell, Iowa, for the 25th jubilee of Father Raymond Bohrer, another member of the eight Bohrers. Glenn and Bernadyne were married in 1956, the same year that Irwin Langer and his son Glenn founded the new company. The company grew over the years, employing well over 100 persons. Langer Roofing now has a third generation Langer continuing to promote its motto: "Honest hard work for a fair and reasonable price." Glenn and Bernadyne's son, Mark, with Glenn and other family members, carry on this Langer tradition.

Sister Peggy Ryan, OP, and I were able to attend Glenn and Bernadyne's golden wedding anniversary in the summer of 2006, with their wonderful family and dozens of Bohrer relatives. Glenn and Bernadyne, "the unmatchable donors" of the sisters and their team, made possible many Guaraní dreams: education, housing for hundreds of Guaraní families, purchase of agricultural, wood and pasture lands, and the emergency health ministry. I suspect that Bernadyne greatly influenced the decision that she and Glenn would so strongly support the Presentation Guaraní mission. As the Guaraní would say: "Yasoropai, Glenn and Bernadyne," or "May God reward you."