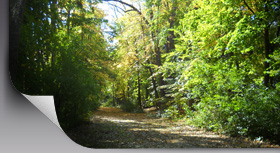 Brief thoughts on selected Scripture passages from Genesis, Exodus, Isaiah and Luke offered for your reflection:

Melchizedek blessed Abram with these words: “Blessed be Abram by God Most High.” Genesis 14: 19

Remember, Melchizedek was a priest, and in appreciation for Abram’s victory, he blessed him. Is there any better reward than a blessing of God Most High, a calling down of God’s gifts upon the one being blessed?

Each of us, too, can bless another: family members, children, students, bosses, friends, enemies, ourselves…. We can bless others softly in our hearts or heartily, so they can hear our good wishes. Why not give this free gift of God with extravagance?

The Lord spoke to Abram, “I will make of you a great nation, and I will bless you; I will make your name great, so that you will be a blessing. Genesis 12:2

In Genesis, chapters 12-50, blessings are given 88 times (Jim Campbell in Stories of the Old Testament). God’s blessings cannot be earned, but are pure gift. The blessing Abraham and his family received was not for them only. Nor are our blessings! How do we share?

When the Lord saw how great was man’s wickedness on earth, and how no desire that his heart conceived was ever anything but evil, God regretted that he had made man on the earth, and his heart was grieved. Genesis 6:5-5

How disheartening that God regretted creating humans, as Alice Camille reflected Exploring the Sunday Readings. God has now had time to rethink the whole Genesis experiment. Surely it must have been easier to love in the beginning of eternity when there was no one around (humans) breaking your heart all the time. But God’s answer is always the same: I am theirs, and they are mine.

Perhaps we could occasionally gladden the heart of this loving Creator God by our gratitude for life and its corresponding gifts?

Most blessed are you among women, and blessed is the fruit of your womb. Luke 1:42

Elizabeth was at home awaiting her visitor. She expected her pregnant cousin, Mary, but she didn’t know the rest of the story. Her leaping son alerted Elizabeth and she responded accordingly. She recognized the “blessed fruit” because she was prepared to see beyond even on an ordinary day. Yes, sometimes, maybe even often, God comes in surprising ways. Ready?

The angel had said that she shouldn’t be afraid, and then quickly left the scene--never to return. Easy enough for the angel to say!

The angel said that the word came from God. And God seemed to think the whole thing would work itself out. It’s one thing for the angel to say so. It’s quite another thing to carry a child as an unwed mother in a culture that stones women for just such offenses. At best, she would have to look forward to life as a single parent?

But Mary knew what she would do. She would trust God!

The angel Gabriel was sent from God to a town of Galilee named Nazareth, to a virgin bethrothed to a man named Joseph, of the house of David. The virgin’s name was Mary. Luke 1:26

Frederick Buechner, from Peculiar Treasures: A Biblical Who’s Who shares the following reflection on this Scripture passage:

“She struck the angel Gabriel as hardly old enough to have a child at all, let alone this child, but he’d been entrusted with a message to give her, and he gave it.

He told her what the child was to be named, and who he was to be, and something about the mystery that was to come upon her. ‘You mustn’t be afraid, Mary,’ he said.

As he said it, he only hoped she wouldn’t notice that beneath the great, golden wings he himself was trembling with fear to think that the whole future of creation hung now on the answer of a girl.”

Is this awesome, or what?

While they were there, the time came for her to have her child, and she gave birth to her firstborn son. She wrapped him in swaddling clothes and laid him in a manger, because there was no room for them in the inn. Luke 2:6-7

Of course they didn’t recognize him; how could they—a red-faced newborn king? The stable was no palace. His parents had no status. Likewise, Nazareth doesn’t quite rank as an important metropolis. And who are his guests--those shepherd fellows, all shabby and smelly like their sheep?

Would we have recognized the Son of God, King of Heaven and earth? Hardly. Do we recognize this same God who continues to surprise us with his “appearances” in our todays? Are our eyes closed because we think we know how God should come to us? Do we cling to our preconceived ideas? Or are we ready “to be swept off our feet by a God who gets a kick out of doing unexpected and astonishing things?” (S. Melannie Svoboda, SND)

Mary said, “Behold, I am the handmaid of the Lord. May it be done to me according to your word.” Luke 1:38

With faith Mary responded to the angel’s message about her son’s mysterious/miraculous birth. The angel wasn’t given much to detail. But then how do you explain a virgin birth?

God, likewise, promises to be with us when aspects of our lives are also hard to understand. We must pray for the faith and trust to say “yes” to the life we’ve got, and not the one we wish we had. Life will not always do our bidding. But the Spirit of God is at our side and on our side in the ordinariness of it all. How extraordinary!

The angel Gabriel was sent from God to a town of Galilee called Nazareth, to a virgin bethrothed to a man named Joseph… Luke 1: 26

In a reflection on this biblical passage, Sister Melannie Svoboda, SND (Living Faith) asks the question, “What was Mary doing when the angel Gabriel appeared to her?” Traditional artists often depicted Mary as kneeling at prayer. Artist, Henry Ossawa Tanner, in The Annunciation shows Mary on her bed, sheets slightly disheveled, as if just awakening.

Sister Melanie reminds us that angels in Scripture most often appear to people going about their ordinary duties. When God approached Abraham, for example, he was taking an afternoon nap, Moses was caring for his sheep, Gideon was threshing wheat. Probably Mary was doing her ordinary tasks.

Likely it was out of her fidelity to God and prayer that Mary, while attending to her household tasks, was able to recognize God’s messenger. And it is fidelity to our prayer that makes it possible for us to recognize angels who appear in our lives while we are unaware. It isn’t a shoe-in, however, because God comes to us in such multiple guises: a spouse, a good friend, a not-so-good friend, a custodian, a staff member, a song on the radio, a newspaper article,