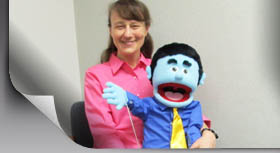 It’s a long way from Duluth, Minnesota, to Entre Ríos at the southern tip of Bolivia, bordering Argentina, but Sister Rita Menart has made that trip as part of her long desire to live, work and learn from people in other cultures.

There have been some stops along the way but the journey has been made, nonetheless, and it continues even today. Upon graduation from high school, Rita, the middle of the five children of John and Ann Menart, went from Duluth to Winona, Minnesota, to attend St. Mary University. One day she spotted a flyer on the bulletin board that offered information about religious communities of women upon the return of a postcard. So Rita, largely out of curiosity, mailed the postcard. Several communities of sisters sent her written materials describing their lives. But Sister Kathleen Dolphin, then vocation director for the Sisters of the Presentation, called Rita. After they visited, she put Rita in touch with Sister Helen Marie Feeney, who was working in Winona at that time. And the rest is history, as they say. By the time she finished her last two years of college at Carleton College where she earned a degree in Chemistry, Rita had realized she needed to take further steps to discern religious life, and she entered the Presentation community in Dubuque, Iowa.

During her years of formation, Sister Rita became certified for teaching elementary through high school, and she began her teaching career with junior high students at St. Columbkille School in Dubuque. She then taught high school science in Storm Lake, Iowa, for seven years.

Visiting with Sister Julianne Brockamp, the congregational president at the time, Sister Rita revealed her life-time desire to immerse herself in another culture, to get to really know more about the “essence” of being human. How were we really alike, and how were we different, apart from the obvious and visible differences. Sisters Rita and Julianne worked out a plan whereby Sister Rita would study the Spanish language in Guatemala for three months in 1990, preparing for whatever the future might hold.

While in Guatemala, Sister Rita made “contacts.” And after language school she went to Chupol, a small “village” in Guatemala, where there was great need. Her teaching experience was to her advantage, because she began to teach the baptism and marriage catechists, as well as work with women’s groups, young people’s groups and a variety of other ministries required in the Center of Chupol. This little community had the opportunity for Mass only once a month, but they kept their strong Catholic faith which had been planted centuries before when the Spanish missionaries came to Guatemala. Additionally, Sister Rita worked with about 16 other communities in the Diocese of Quiché in which Chupol was located.

In the parish of over 100,000 people, these communities had been highly organized many years before by Catholic Action, a group which had originated in Spain. In every village there were two people elected to be directors for two years. They would meet each weekend on Saturday and Sunday to serve the people and prepare the Sunday readings with Sister Rita, after which they taught catechists who returned to their communities to teach the people there. This required that they travel and stay overnight, no small effort, especially for those who had children. But the indigenous peoples, Sister Rita discovered, are highly community-minded, and they are willing to make many sacrifices for their communities, so each took responsibility for a two-year commitment to being a director, with all that is involved.

When she was in Guatemala, Sister Rita had been exposed to the results of the terrible violence that had existed there over the years and the consequences of that violence for the victims who survived. The government was even killing priests and religious working there, which added to the difficulty of Catholics attempting to keep their faith alive under such difficult circumstances. Sister Rita was dedicated to work particularly with such survivors.

For 10 years Sister Rita continued this ministry among these communities. When she returned to the United States she attended the Illinois School of Professional Psychology in Chicago to earn a master’s degree in clinical psychology. She then gained practical experience by working for three years at the Mid-Iowa Family Therapy Clinic in Ames, Iowa.

While Sister Rita was working at the clinic, Sister Maura McCarthy and Sister Therese Marie Hawes, both missionaries of Entre Ríos, came to the Ames area to do a mission appeal, and Sister Maura invited Sister Rita to come to Bolivia to join them in their work there, an invitation which Sister Rita accepted. In Bolivia she was again able to use her background as an educator. She continued to teach catechists, and to use her experience as a counselor working with those who suffered domestic violence in the territory. Additionally, she visited families and was a “presence,” an important aspect of ministry among the people.

When Sister Rita returned to the States again, and after a sabbatical, she was hired by the Archdiocese of Dubuque in the dual role of director of Hispanic ministry for the Archdiocese and a counselor for Catholic Charities (who provide counselors in various areas throughout the archdiocese). Sister Rita offers counseling at the Catholic Charities Office in Waterloo, and she spends a day each week alternating between New Hampton and Marshalltown offering counseling for any Hispanics there who desire it. In addition, she visits throughout the area where there are concentrations of Hispanic populations, going particularly to Hampton once a month. She organizes with others an annual men’s and women’s retreat, and coordinates the regular meetings of those in the archdiocese who are ministers to the Hispanic communities.

Her passion for the immigrant population was unmistakable in Sister Rita’s comment: “We often forget our own immigrant roots, and unfortunately we expect that today’s immigrants will integrate into the community, learn the language and live as we live. But in fact, when new people come to any community, the whole community changes, and everyone must make efforts, not to draw newcomers into the established community, but to become, in fact, a ‘new’ community, drawing on the strengths of all groups to become something ‘more’ than any of them had been before.”

Sister Rita adds, “Immigrants, by their nature, have an incredible strength and an adventurous spirit, and they eagerly seek to form this new type of community. But we need to revise our attitude from one of integrating to one of becoming new.” Sister Rita uses the symbol of a salad to describe this new entity: “When one makes a salad, as I like to do, various ingredients are mixed into one bowl, until it becomes a wonderful dish with each ingredient maintaining its flavor.”

Sister Rita Menart is an intriguing person with many interests. Her office holds many symbols reminding her of the people with whom she worked abroad, as well as beautiful paintings by her own Presentation Sisters. Occupying one of the chairs is a large puppet! Sister Rita is a puppeteer, who often uses finger puppets as a way to reach children when counseling them. In addition, Sister Rita is experienced and skilled in liturgical dance, which she often shares at liturgies with her Presentation community. Her smile breaks out before she can stop it and her sense of humor helps her keep her perspective. But her life-long desire to know more about people has led her on a journey in which all of her talents and skills have been well applied.