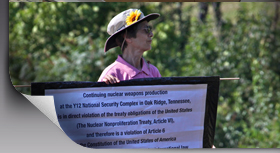 In the 1930 census the town of Clare, Iowa, listed 254 people. During that decade at least one more person of note was born, but she has since travelled far from that little spot in Western Iowa. Clare was settled in 1882 by people from Clare County in Eastern Ireland. Significantly, in 1775 Nano Nagle founded the Sisters of the Presentation across the country on the Western Coast of Ireland.

These pieces come together in the life of one Elizabeth Ann Lentsch, born during the 1930 decade to Raymond and JoAnn Lentsch in Clare, Iowa. In 1954, Elizabeth, the oldest of five children, entered the Sisters of the Presentation in Dubuque, Iowa, where, upon becoming a novice a year later, she chose the name Sister Mary Dennis in honor of her only brother.

During her years of formation for religious life, Sister Mary Dennis earned a bachelor’s degree in Natural Science from Clarke College, after which she began a 25-year service of teaching, largely science, in various high schools. In 1971 she earned a master’s degree in Physical Science from the University of Pittsburg, Kansas. Subsequently she participated in pastoral programs in New Orleans, Louisiana, and at Loras College in Dubuque.

From 1984-1989 Sister Mary Dennis was a member of the Leadership Team for the Sisters of the Presentation. During this time Sister joined a protest at Honeywell in Minnesota against their making of cluster bombs. More than 1,000 people gathered to surround the Honeywell building.

Toward the end of her time on the Leadership Team, Sister Mary Dennis began to explore possibilities for ministry either with Native Americans or in Appalachia. “Spending a week with Fargo Presentation Sister Anne Hablas in Jellico, Tennessee, and learning that some Fargo Sisters would be leaving their mission there, I joined Sister Ann to continue the Presentation presence in Jellico,” states Sister Mary Dennis.

In August of 1989, she began her new venture in Appalachia, which ultimately resulted in several kinds of ministries. One of her first services was to establish, at the request of some local mothers, a child care center, for which Sister served as the director.

“What was first required for the center was to provide a place, so I worked with the people to restore a Baptist church basement which had been severely damaged,” says Sister Mary Dennis. The people with whom she was working, however, knew nothing about sheet rock. A resourceful thinker, Sister Mary Dennis approached the local lumber store, whose workers agreed to teach the people how to do sheet rock, how to mix cement, even how to hold a hammer. When this work was finished, she scrambled in salvage stores to find tables and chairs for the restored basement.

Throughout all of this, Sister learned about the culture of her new environs, which increased her patience with and understanding of those less fortunate. The children in school had neither books nor crayons in their homes. People could not fill out required forms, so Sister was enlisted to do that for them. She remained as the director for four years, and by then a local woman was prepared to become the director.

“It is an essential part of any mission work to train local people to replace the missionary, so that they have a sense of ownership and responsibility, and the missionary can then move on to other areas of need,” states Sister Mary Dennis who had enabled well.

Her next step took her to the Woodland Community Land Trust and Development Corporation (WCLT), where she served as the manager. This enterprise made land and housing available for low income persons to lease. When a house was acquired by a person, it could be handed on to descendants. However, the WCLT retains ownership of the land, which thus prevents undesirable land development.

After five years, Sister moved to Narrow Ridge, Tennessee, where she was the office manager and program director for the Earth Literacy Center. Part of the mission of this center is to encourage natural burial.

Sister then worked as an office manager for the Oak Ridge Environmental Peace Alliance (OREPA), organizing meetings and gatherings. To allay any illusion that these managerial positions were at all similar to how we might view that role, it is well to note that Sister’s office at the OREPA was simply a closet in a building, from which she organized meetings and gatherings, supported interns and welcomed guests.

Sister Mary Dennis spent a year and a half working at Lantern Light in New Orleans, a Presentation-sponsored welcome center for those in need. She then returned to Narrow Ridge as a volunteer at the Earth Literacy Center.

Today Sister continues to volunteer in various capacities. She is on the board for the Catholic Committee of Appalachia, which covers portions of 13 states. She is on the board for the Oak Ridge Environmental Peace Alliance, for which she also serves as a volunteer. She is very active in Blessed Teresa of Calcutta Catholic Church, a Store Front Church established in 2011 and served by The Glenmary Priests and Brothers. Until 2011, there was no Catholic Church in two counties.

Throughout the years, Sister has also been passionate about peace and justice issues, not just by verbally supporting them, but by participating in several protests, some of which yielded jail and prison time for her. Among them were protests against nuclear weapons (Y-12) in Oak Ridge; several protests at the Nevada Test Site, which is doubly egregious because land was taken (not purchased) from the Shoshone Indians to make the test site available; and the School of the Americas, known today as the Western Hemisphere Institute for Security Cooperation (WHINSEC).

“Perhaps my thirst for justice arises from my mother who, as a girl, realized that only boys were allowed to exhibit cattle at the Fair, so she determined to break that barrier. She exhibited a calf, cleverly using only her initials, J.C., which was a sufficient but honest ruse to get her into the exhibit,” relates Sister Mary Dennis.

In spite of being involved in many ministries with persons who have less, in protests against injustices, in seeking peace instead of war, Sister Mary Dennis remains a peaceful and prayerful person who single-handedly has made a difference in our world. Tennessee is a long way from Clare, but the distance has been shortened by her perseverance and her passion for those less fortunate.

Above Photos: Sister Mary Dennis Lentsch participates in a protest against nuclear weapons. Sister is very passionate about peace and justice issues.